Skip to content
Word By Word, Line By Line With Thomas Lux (2017)

We will pay close attention, in minute detail, to all the elements that go into writing a poem. So: we’ll do word by word, line by line readings. Frost said that the primary way to get to the reader’s heart and mind is through the reader’s ear. The sound, the noise of a poem, demands our attention. We must be tough, honest and direct with each other’s work and also be generous, thoughtful and never condescending or dismissive. A good workshop can do both. Bring in three or four poems, seventeen copies of each, for discussion. 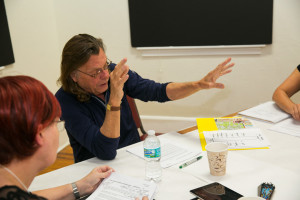