Skip to content
The Poem’s Skeleton With Chase Twichell 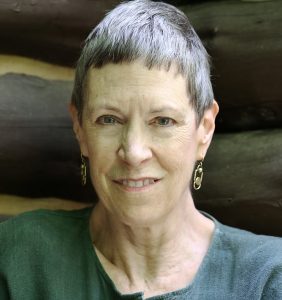 Why do some poems seem to arrive on the page with a life of their own, while others refuse to breathe no matter how much we revise them? Often the answer lies in the relationship between the elements of craft (imagery, diction, tone, music, etc.) and the poem’s internal organization, or structure. In this workshop we’ll put on our x-ray glasses and look closely at how a poem’s skeleton can be simple or complex, coherent or incoherent, and how the right structure can streamline and clarify the work of revision. Although the workshop will center on discussion of your poems, we’ll also do some exercises and experiments. Please bring 3 unfinished poems, no more than a page each.

CHASE TWICHELL has published eight books of poetry, most recently Things as It Is (Copper Canyon, 2018). Horses Where the Answers Should Have Been: New & Selected Poems (Copper Canyon, 2010) won both the 2011 Kingsley Tufts Poetry Award from Claremont Graduate University and the Balcones Poetry Prize. She has received fellowships from the National Endowment for the Arts, the New Jersey State Council on the Arts, The John Simon Guggenheim Memorial Foundation, and a Literature Award from the American Academy of Arts and Letters. In 1997 she won the Alice Fay Di Castagnola Award from the Poetry Society of America for The Snow Watcher. Twichell was educated at Trinity College (Hartford, CT (BA, 1973) and the University of Iowa (MFA, 1976), and in 2010 was awarded an Honorary Doctorate from St. Lawrence University. After teaching for many years (Hampshire College, The University of Alabama, and Princeton University), she started Ausable Press, a not-for-profit publisher of poetry, which was acquired by Copper Canyon Press in 2009. She is currently on the faculty at the Warren Wilson Program for Writers.