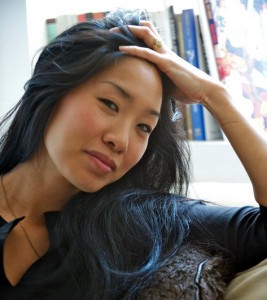 TINA CHANG was raised in New York City. She is the first female to be named Poet Laureate of Brooklyn and is the author of the collections of poetry Of Gods & Strangers (2011) and Half-Lit Houses (2004). She is also the co-editor of the W.W. Norton anthology Language for a New Century: Contemporary Poetry from the Middle East, Asia, and Beyond (2008). She is the recipient of awards from the New York Foundation for the Arts, Academy of American Poets, Poets & Writers, the Ludwig Vogelstein Foundation, and the Van Lier Foundation among others. She teaches poetry at Sarah Lawrence College and she is also a member of the international writing faculty at the City University of Hong Kong.