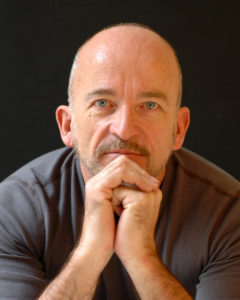 MARK DOTY is the author of the nine collections of poetry, most recently Deep Lane (W.W. Norton, 2015) and Fire to Fire: New and Selected Poems (HarperCollins, 2008), which received the National Book Award. His collection, My Alexandria (HarperCollins, 1993), won the National Book Critics Circle Award in Poetry and the Los Angeles Times Book Prize for Poetry. His other awards include a 1994 Whiting Award, a 1994 Guggenheim Fellowship for Humanities, the T.S. Eliot Prize, and three Lambda Literary Awards for Gay Men’s Poetry for Atlantis (1995), Source (2001), and Fire to Fire (2008). Doty also has published three memoirs. His most recent memoir, Dog Years (HarperCollins, 2005), received the 2007 Lambda Literary Award for Gay Memoir/Biography as well as the 2008 Stonewall Book Award. Doty wrote the book-length essay, Still Life with Oysters and Lemon. In 2012, Doty served as guest editor for The Best American Poetry 2012 (Scribners, 2012). He currently serves as Distinguished Professor of English and Director of Writers House at Rutgers University in New Jersey. In 2018, he was awarded The Robert Creeley Award.