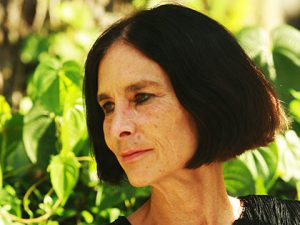 LOLA HASKINS is an American poet and two-time National Endowment for the Arts fellow.  She is author of How Small, Confronting Morning (Jacar, 2016), Desire Lines (BOA Editions, 2004) and The Rim Benders (Anhiga Press, 2001), among other poetry collections. Her collection, Hunger (University of Iowa Press), received the 1992 Iowa Poetry Prize.

She has also written a guide to poetry, titled Not Feathers Yet: A Beginner’s Guide to the Poetic Live (The Backwaters Press, 2007), as well as an illustrated book about women in fables titled, Solutions Beginning with A (Modernbook, 2007), and a nonfiction book titled, Fifteen Florida Cemeteries: Strange Tales Unearthed (University Press of Florida, 2011).