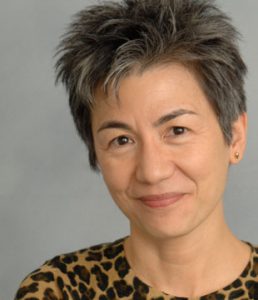 KIMIKO HAHN is the author of nine collections of poetry, including Brain Fever (W.W. Norton, 2014); The Unbearable Heart (Kaya, 1996); and Earshot (Hanging Loose Press, 1992), awarded the Theodore Roethke Memorial Poetry Prize and an Association of Asian American Studies Literature Award; among others.

Hahn’s many awards and honors include a Guggenheim Fellowship (2010), Pen/Voelcker Award (2008), American Book Award (2008), Shelley Memorial Prize, a Lila Wallace-Reader’s Digest Writers’ Award, as well as fellowships from the National Endowment for the Arts and the N.Y. Foundation for the Arts. Hahn was elected President of the Board of Governors, Poetry Society of America in 2016.