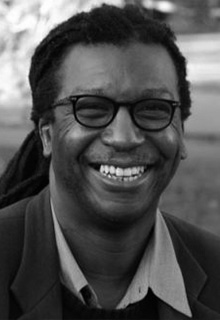 CORNELIUS EADY has published seven volumes of poetry, including, most recently,  Hardheaded Weather: New and Selected Poems (Penguin, 2008),  as well as  Brutal Imagination (G.P. Putnam’s Sons, 2001), which was a National Book Award finalist. His collection, Victims of the Latest Dance Craze(1985), won the Lamont Poetry Prize from the Academy of American Poets and his collection,  The Gathering of My Name (1991), was nominated for a Pulitzer Prize.

With Toi Derricotte, Eady co-founded Cave Canem Foundation in 1996. Eady’s awarded honors include Fellowships from the Rockefeller Foundation, the John Simon Guggenheim Memorial Foundation, and the National Endowment for the Arts.