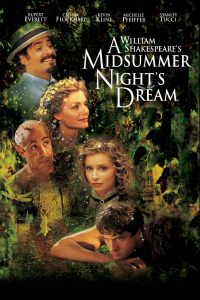 version appears to follow word for word Shakespeare’s original masterpiece, only exchanging the time and place of the story from classical Athens to the village of Monte Athena, Italy, at the turn of the Nineteenth Century as the setting for this enchanting version of William Shakespeare’s play, directed by Michael Hoffman.

Professsor John Childrey calls many places home as he lived in Richmond (VA), Littleton (NC), Concrete (WA) and Savannah (GA), Charlottesville (VA), Lynchburg (VA), West Lafayette (IN) and since 1977, Coral Springs (FL).  A college and university professor since the age of 24, his resume includes educational and literary presentations, publications and lots of teaching experiences. In 1989, from the Florida Atlantic University’s Chair of Elementary Education he moved to the College of Humanities as Assistant Chair of English and then to the newly formed College of Liberal Arts where he was Chair and then various Associate Deans (in Liberal Arts and Arts and Letters.) John earned an MFA from Florida International University in 1994. He retired in 2010 and was named Professor Emeritus in 2012.