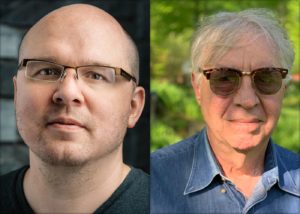 The Vale of Soul-Making with Chard deNiord

“Call the world, if you please, “the Vale of Soul Making”. … wrote John Keats. How does poetic expression emerge exactly, and often ironically, in the act of “acquiring identities”? How do we infuse poetic language with a verbal magic for which there is no one set of rules? I will discuss poems by James Wright, Ruth Stone, Li-Young Lee, Natasha Trethewey, Russell Edson, Brigit Pegeen Kelly, and Emily Dickinson that transmit verbal electricity in both language and silences.

Microcosm and Macrocosm with Matthew Olzmann

Perhaps a poet is attempting to write about a political or social topic where the subject matter is national or global in terms of scale. Perhaps the issue they’re investigating can’t be simplified because the stakes are too high. Maybe the story is really a hundred stories and to talk about one with depth, clarity, or conviction would mean ignoring an equally important story. The question I’m wrestling with here is “How does one write about something when the subject seems too big to write about?” This talk will approach that question by examining the relationship between the large-scale issue and the smaller components which comprise that issue. We’ll consider how one might be reflected in the other, how the whole might amplify the concerns of the individual pieces, and how a narrow focus on a small aspect of a larger story might make the global concerns more tangible.

Q & A, facilitated by Festival Staff, and virtual book signings in Murder On The Beach, our Festival Virtual Bookstore, will follow the craft talks.