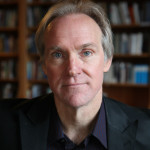 How do the kinds of sentences you write open up new areas of experience? What is and isn’t your material? How is that material linked to your idea of yourself as a poet, and what you will or won’t allow yourself to say? By using four exemplary poets as a springboard, this workshop will give you new approaches to process and language, syntax and line, description and figuration, music and voice, as well as encouraging you to face into new areas of experience that will keep you going once this workshop is over. We’ll use imitation as a way to originate new work. Bring three poems in progress, (17 copies), though we’ll also look at work you produce during the workshop. (New thresholds, new anatomies! —Hart Crane)

I remember a friend who wanted to shake up his life in the hope of shaking up his work. He kept quoting Rilke: “You must change your life.” When I told another friend, he said, “He doesn’t need to change his life. He just needs to change his line length.”

TOM SLEIGH‘s books include Station Zed, Army Cats, winner of the American Academy of Arts and Letters John Updike Award, and Space Walk, winner of the Kingsley Tufts Award. Far Side of the Earth won an AAAL Academy Award, The Dreamhouse, a finalist for the LA Times Book Award, and The Chain a finalist for the Lenore Marshall Prize. His work appears in The New Yorker, Poetry, and The Best of the Best American Poetry, The Best American Travel Writing, and The Pushcart Anthology. He’s received the Poetry Society of America’s Shelley Prize, and awards from the American Academy in Berlin, Civitella Ranieri, the Lila Wallace Fund, the Guggenheim, two NEAs, among others. He teaches at Hunter College and works as a journalist in the Middle East and Africa.