Skip to content
Listen To This: Sound And Structure In Writing Poems With Maurice Manning 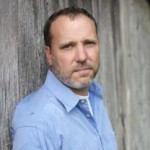 Robert Frost once said a poem enters our ear before it enters our eye. I’ve found that a compelling observation. Poems indeed have a certain sound: they sound a certain way, utilize various means for making sound, and through patterns and structures of sound achieve various effects. Some poems, in fact, are better listened to than read. This workshop will look at traditional sound effects poets have used, such as meter, but also consider figures, such as simile and imagery, and how even the figure can be related to sound. In addition to carefully looking at participants’ work, we will read poems provided by the instructor, and do hands-on writing exercises. Participants will send three to five poems in advance, by mail before January 5th, and bring 17 copies of each to the first workshop meeting.

MAURICE MANNING‘s first book of poems, Lawrence Booth’s Book of Visions (Yale University Press, 2001) was chosen by W.S. Merwin for the Yale Series of Younger Poets Award. Subsequent books include A Companion for Owls: Being the Commonplace Book of D. Boone, Lone Hunter, Back Woodsman, & c. (Houghton Mifflin Harcourt, 2004); Bucolics (Houghton Mifflin, 2007); The Common Man (Houghton Mifflin , 2010) – a finalist for the Pulitzer Prize in Poetry; and The Gone and the Going Away (Houghton Mifflin, 2013). He has received fellowships from the Fine Arts Work Center in Provincetown, and the Guggenheim Foundation. Manning is a Professor of English at Transylvania University in Kentucky. He serves on the faculty in the MFA Program at Warren Wilson College and the Sewanee Writing Conference. Born and raised in Kentucky, he often writes about the land and culture of his home. [read a recent article in the Kentucky Herald, for more about Maurice Manning.