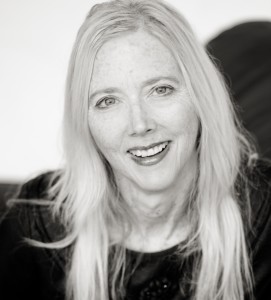 Paul Valéry once pointed out that “A poet’s function . . . is not to experience the poetic state:  that is a private affair. His function is to create it in others.” How can we create for our reader, in poems, an experience of our “private,” subjective ardor, be it erotic, ecstatic, melancholy, religious, political, quotidian, cosmic, or other?  Metaphor, elision, syntax, juxtaposition, Heaney’s “binding secret” of sound textures, sampling, inter-textuality, varied registers of diction—what Dickinson called her “gem tactics” and Anne Carson: ruses. We will look at how a discerning use of these and other poetic devices help us to say the unsayable, deepen and open our poems to what is at stake in them, as language acts, as testimony, as witness, as play.  Workshop will involve constructive critique of student poems and generation of new material. Participants will send 3-4 poems in advance of the workshop.

LISA RUSS SPAAR is the author of several poetry collections, including Satin Cash, Blue Venus, and Glass Town, for which she received a Rona Jaffe Award for Emerging Women Writers in 2000, Vanitas, Rough (Persea, 2012), and most recently, Orexia (Persea, 2017). She is the editor of Monticello in Mind: Fifty Contemporary Poems on Jefferson, Acquainted With the Night: Insomnia Poems, and All That Mighty Heart: London Poems (Univ. of Virginia Press, 2008). A collection of her essays, The Hide-and-Seek Muse: Annotations of Contemporary Poetry, was published by Drunken Boat Media in 2013. Honors include a Guggenheim Fellowship, the 2009 Library of Virginia Award for Poetry, Outstanding Faculty Award of the State Council of Higher Education for Virginia (2010), and the Carole Weinstein Poetry Award (2011), and awards from the Academy of American Poets and the Virginia Commission for the Arts. Spaar serves as poetry editor for the Chronicle of Higher Education Review and is Founder and Director of the Area Program in Poetry Writing at the University of Virginia, where she is Professor of English.