Skip to content
A Workshop On Layering With Tony Hoagland 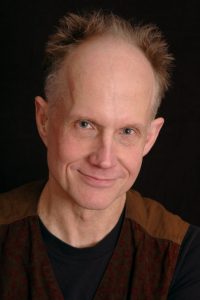 A WORKSHOP ON LAYERING with Tony Hoagland

The question in writing poems is always, “How can I do justice to the complexity

of life? How can I not oversimplify human nature?” One way to achieve richness

of texture and implication is “layering.” In this workshop I’ll present examples

of  poems strong in variety of texture, variety of voice, and in layering of

data and diction. I’ll also run exercises which can enlarge your repertoire of

will be considered for discussion. Participants will also bring 2-3 of their poems

they feel would benefit from discussion in workshop and the layering approach.

His books of poetry include Unincorporated Personas in the Late Honda Dynasty (Graywolf Press, 2010); What Narcissism Means to Me (2003), a finalist for the National Book Critics Circle Award; Donkey Gospel (1998), which received the James Laughlin Award; and Sweet Ruin (1992), chosen by Donald Justice for the 1992 Brittingham Prize in Poetry and winner of the Zacharis Award from Emerson College.

Hoagland’s other honors and awards include two grants from the National Endowment for the Arts, a fellowship to the Provincetown Fine Arts Work Center, the O. B. Hardison Prize for Poetry and Teaching from the Folger Shakespeare Library, the 2008 Jackson Poetry Prize from Poets & Writers magazine, as well as the Poetry Foundation’s 2005 Mark Twain Award in recognition of his contribution to humor in American poetry.

In 2002, the American Academy of Arts and Letters praised the poet’s work with a citation stating, “Tony Hoagland’s imagination ranges thrillingly across manners, morals, sexual doings, kinds of speech both lyrical and candid, intimate as well as wild.”

He taught at the University of Houston and Warren Wilson College. He died on October 23, 2018.