Skip to content
Imitation, Integration, Innovation: Learning From The Masters With Ellen Bass 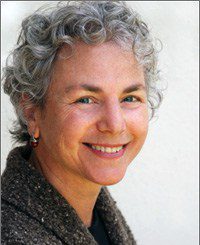 “Imitation, conscious imitation, is one of the great methods, perhaps the method of learning to write,” said Theodore Roethke. In this workshop we’ll consider a variety of contemporary poems that demonstrate specific aspects of the craft. Then we’ll make our own poems that build upon the past to create something fresh. Each day we’ll study a particular element of the craft, write new poems, and share our work. Please bring to workshop one or two poems you admire that utilize strategies that intrigue you, and also a poem of your own that you want to revise. Expect to leave with work that’s more authentic, courageous, and consciously crafted than you’ve ever written before.

ELLEN BASS is a Chancellor of the Academy of American Poets. Her most recent book, Like A Beggar (Copper Canyon Press, 2014), was a finalist for The Paterson Poetry Prize, The Publishers Triangle Award, The Milt Kessler Poetry Award, The Lambda Literary Award, and the Northern California Book Award. Previous books include The Human Line (Copper Canyon Press, 2007) and Mules of Love (BOA Editions, 2002) which won The Lambda Literary Award. She co-edited (with Florence Howe) the first major anthology of women’s poetry, No More Masks! (Doubleday, 1973).

Her poems have frequently appeared in The New Yorker and The American Poetry Review, as well as in The New York Times Magazine, The Atlantic, The American Poetry Review, The New Republic, The Kenyon Review, Ploughshares, The Sun and hundreds of other journals and anthologies. She was awarded Fellowships from the National Endowment for the Arts and the California Arts Council and received the Elliston Book Award for Poetry from the University of Cincinnati, Nimrod/Hardman’s Pablo Neruda Prize, The Missouri Review’s Larry Levis Award, the Greensboro Poetry Prize, the New Letters Poetry Prize, the Chautauqua Poetry Prize, and three Pushcart Prizes.

Her non-fiction books include Free Your Mind: The Book for Gay, Lesbian and Bisexual Youth (HarperCollins, 1996), I Never Told Anyone: Writings by Women Survivors of Child Sexual Abuse (HarperCollins, 1983), and The Courage to Heal: A Guide for Women Survivors of Child Sexual Abuse(Harper Collins, 1988, 2008), which has sold over a million copies and has been translated into twelve languages.