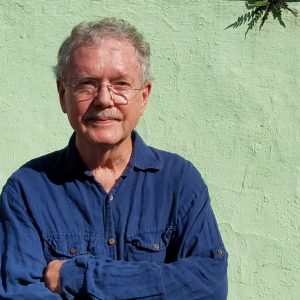 This workshop will focus on language fueled by necessity and the intention to  characterize what is genuine. In critiques we will study how each poem sounds, its individual noise and music. Does it speak to us? What precision, passion, and original behavior  qualify it as singular?  In critiques, participants should be forthright, but never neglect great stuff, and never settle for consensus. We are here to encourage and to have serious fun. Aside from close critiques, each class will feature readings, writing exercises, and discussions of individual process, revision, flow, and poem generation.  Participants should submit 4-7 poems in advance and bring copies to the first class.  I welcome experimentation, poems that take aesthetic and moral risks, but, also, poems that seek formal mastery.

RODNEY JONES’s most recent book of poetry is Imaginary Logic (2011).  Salvation Blue, his eighth book of poetry, was shortlisted for the Griffin Poetry Prize, 2007. Previous collections include Kingdom of the Instant: Poems (2004); Elegy for the Southern Drawl (1999); Things That Happen Once (1996); Apocalyptic Narrative (1993); Transparent Gestures (1989); The Unborn (1985); and The Story They Told Us of Light (1980). He was named a finalist for the Pulitzer Prize and the winner of the 1989 National Book Critics Circle Award. His other honours include a Guggenheim Fellowship, the Peter I.B. Lavan Award from the Academy of American Poets, the Jean Stein Award from the American Academy and Institute of Arts and Letters, a Southeast Booksellers Association Award, and a Harper Lee Award. Rodney Jones is a professor of English at Southern Illinois University at Carbondale, and has taught at the Warren Wilson Low-Residency MFA Program.