Skip to content
Laying The Foundation: Concrete Imagery In Poetry With Denise Duhamel 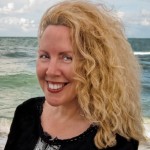 Using Pablo Neruda’s “Ode to things” (“Oda a las cosas”) as our maxim, we will explore arrivals to the sublime via naming and detail. William Carlos Williams wrote, “No ideas but in things,” and Pound applied “imagism” to H.D. who was influenced by Sappho’s compressed lyrics. This is to say there are many ways to achieve what Mark Doty calls “metaphor meaning—and meaning intensely.” Poems about any subject are welcome with the understanding that this class will do its best to veer away from abstraction. Please bring along three poems, (17 copies), for discussion. We will also generate new poems and seedlings for poems via prompts that oblige us to pay attention to precision. Participants should be open to the explosive, cathartic, heartbreaking and hilarious effects of symbolism.