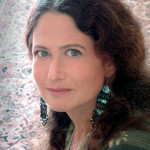 JANE HIRSHFIELD is an award-winning poet, essayist, and translator. She is the author of several collections of verse, including The Beauty (2015), a finalist for the National Book Award, and Come, Thief (Knopf, 2011), as well as a now-classic collection of essays, Nine Gates: Entering The Mind of Poetry (Harper Collins, 1997). She has also edited and co-translated four books collecting the work of world poets of the past. Hirshfield’s poems have appeared in The New Yorker, The Atlantic, the Times Literary Supplement, The Washington Post, Poetry, The American Poetry Review, and seven editions of The Best American Poetry. Honors include The California Book Award, The Poetry Center Book Award, the Northern California Book Award, three Pushcart Prizes, finalist selection for the National Book Critics Circle Award, and fellowships from the Guggenheim and Rockefeller foundations, and the National Endowment for the Arts. A frequent presenter at universities and literary festival both in the US and abroad, in 2012, she was elected a Chancellor of the Academy of American Poets.