Skip to content
Saying The Unsayable: A Generative Workshop With Major Jackson 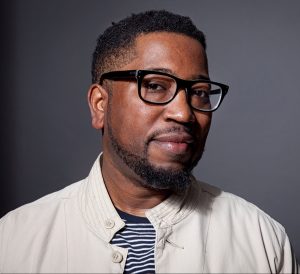 Donald Hall once wrote: “Poetry . . . wants to address the whole matter of the human—including fact and logic, but also the body with its senses, and above all the harsh complexities of emotion.” This generative and rigorous workshop is designed for those interested in investing their poems with the complexity of their intellect but also their emotional truths. Together, we will seek the poetic forms, luminous language, and attitude by which to amplify what we find most important to say, what is radiant and authentic about our journey on earth.

Major Jackson is the author of five collections of poetry, most recently The Absurd Man (Norton: 2020) and Roll Deep (Norton: 2015), winner of the 2016 Vermont Book Award and hailed in the New York Times Book Review as “a remixed Odyssey.” He is the editor of Best American Poetry 2019, The Library of America’s Countee Cullen: Collected Poems and Renga for Obama: An Occasional Poem. A recipient of fellowships from the Fine Arts Work Center in Provincetown, Guggenheim Foundation, the National Endowment for the Arts, and the Radcliffe Institute for Advanced Study at Harvard University, he has been awarded a Cave Canem Book Prize, a Whiting Writers’ Award and has been honored by the Pew Fellowship in the Arts. Major Jackson lives in South Burlington, Vermont, where he is the Richard A. Dennis Professor of English at the University of Vermont. He serves as the poetry editor of The Harvard Review.