Skip to content
Poetry And The Unconscious With Dana Levin 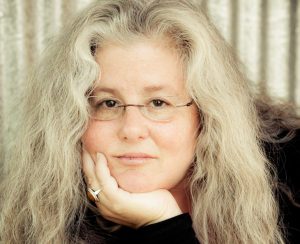 “Life’s nonsense pierces us with strange relation,” writes poet Wallace Stevens. In this workshop, we will explore how to “make sense” of poetry’s relationship to the unconscious and the use we can make of this relationship for poetic composition and revision. We will discuss the notion of associative logic, look at poems by poets such as Charles Simic, Tomaz Salamun, Brenda Hillman, and Gertrude Stein. Before the festival begins, we will embark on a two-part poetry exercise that engages the unconscious, and workshop our visions once we convene together. Each participant will also submit two poems (no more than five pages total) for group critique: you are encouraged to submit, for at least one of them, a messy, half-baked poem!

Dana Levin’s most recent book of poetry is the remarkable Banana Palace (Copper Canyon Press, 2016). Her first book, In the Surgical Theatre, won the 1999 American Poetry Review/Honickman First Book Prize and went on to receive nearly every award available to first books and emerging poets. Copper Canyon Press also published her books, Wedding Day, in 2005 and Sky Burial in 2011. Levin’s poetry and essays have appeared in many anthologies and magazines, including The Best American Poetry 2015, The Arcadia Project: North American Post-Modern Pastoral, The New York Times, Los Angeles Review of Books, Boston Review, The AmericanPoetry Review, and Poetry. Her work has received fellowships and awards from the National Endowment for the Arts, PEN, the Witter Bynner Foundation and the Library of Congress, as well as the Rona Jaffe, Whiting and Guggenheim Foundations. A teacher of poetry for over twenty years, Levin splits her time between Santa Fe, New Mexico and Maryville University in St. Louis, where she serves as Distinguished Writer in Residence.