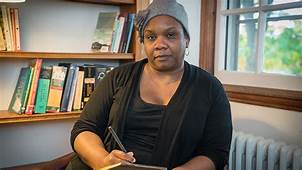 Vievee Francis was born in West Texas. She earned an MFA from the University of Michigan in 2009, and she received a Rona Jaffe Award the same year.

Of her own poetry, Francis says, “I’m very much saying that how African-American women are defined is inhuman in its narrowness, and that I, for one, am not going to allow it.”

The recipient of fellowships from Cave Canem and the Kresge Foundation, Francis currently serves as an editor for Callaloo and teaches English and creative writing at Dartmouth College in Hanover, New Hampshire.