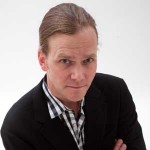 TAYLOR MALI is one of the few people in the world to have no job other than that of “poet.” Articulate, accessible, passionate, and downright funny, Mali studied drama in Oxford with members of The Royal Shakespeare Company and was one of the original poets to appear on the HBO series Russell Simmons Presents Def Poetry, and played the “Armani-clad villain” of the documentary film SlamNation. His poem “What Teachers Make” has been viewed over 4 million times on YouTube. Mali is vocal advocate of teachers and the nobility of teaching, having spent nine years in the classroom teaching everything from English and history to math and S.A.T. test preparation. He has performed and lectured for teachers all over the world and in 2012 he reached his goal of creating 1,000 new teachers through “poetry, persuasion, and perseverance.” His book of essays, What Teachers Make: In Praise of the Greatest Job in the World, is his passionate defense of teachers drawing on his own experiences, both in the classroom and as a traveling poet. Taylor Mali is is the author of two books of poetry, The Last Time As We Are (Write Bloody Books 2009) and What Learning Leaves (Hanover 2002), and four CDs of spoken word. Mali received a New York Foundation for the Arts Grant in 2001 to develop “Teacher! Teacher!” a one-man show about poetry, teaching, and math winner of best solo performance at the 2001 U. S. Comedy Arts Festival. Formerly president of Poetry Slam Incorporated, the non-profit organization that oversees all poetry slams in North America, Taylor Mali makes his living entirely as a spoken-word and voiceover artist, traveling around the country performing and teaching workshops.