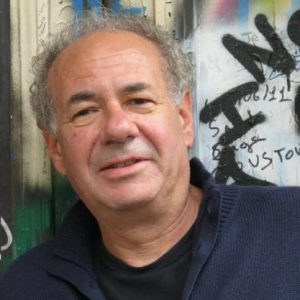 STUART DISCHELL is the author of Good Hope Road, a National Poetry Series Selection (Viking 1993), Evenings & Avenues (Penguin 1996) Dig Safe (Penguin 2003) Backwards Days (Penguin 2007) and most recently, Children With Enemies (University of Chicago Press), the pamphlets Animate Earth and Touch Monkey, and the chapbook Standing on Z. His poems have appeared in The Atlantic, Agni, The New Republic, Slate, Kenyon Review, Ploughshares, and anthologies including Essential Poems, Hammer and Blaze, Pushcart Prize, and Good Poems. A recipient of awards from the NEA, the North Carolina Arts Council, and the John Simon Guggenheim Foundation, he teaches in the MFA Program in Creative Writing at the University of North Carolina Greensboro.