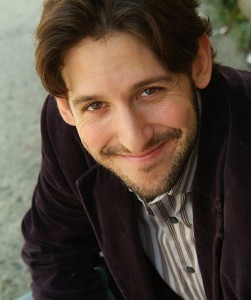 A graduate of Rutgers University with a double degree in Acting and Journalism, SCOTT RAVEN co-founded The Mayhem Poets. His performance work has been featured by Fiat, Purina, CNN, and The Today Show.  His written work has appeared in the New York Times and New York Post.  He is the author of Sconnettts, a collection of poems based on his past romantic relationships, his family, and his athletic background; The Polygons, Surrealist Poems: Volume 1; and the upcoming “6 Piece Chicken (performable poems and stories from on tour).”  He’s also an actor in commercials, plays and films and proud new member of the Screen Actor’s Guild (SAG). Scottt grew up in Edison, NJ, and currently lives in Harlem, NYC, where he runs and puns with his imaginary man’s best friend, Spott.