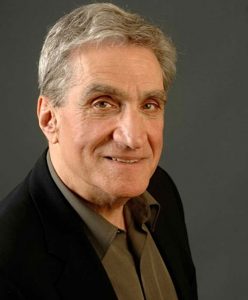 Robert Pinsky is one of America’s foremost poet-critics. Often called the last of the “civic” or public poets, Pinsky’s criticism and verse reflect his concern for a contemporary poetic diction that nonetheless speaks of a wider experience. Elected Poet Laureate of the United States in 1997, his tenure was marked by ambitious efforts to prove the power of poetry—not just as an intellectual pursuit in the ivory tower, but as a meaningful and integral part of American life. “I think poetry is a vital part of our intelligence, our ability to learn, our ability to remember, the relationship between our bodies and minds,” he told the Christian Science Monitor. “Poetry’s highest purpose is to provide a unique sensation of coordination between the intelligence, emotions and the body. It’s one of the most fundamental pleasures a person can experience.”

Pinsky was named poet laureate in 1997 and served until 2000. Under his direction, The Favorite Poem Project began with inviting ordinary Americans to name their favorite poems, and some entrants were asked to read for a permanent audio archive at the Library of Congress. Pinsky was inundated with letters and e-mails from all over the nation, and those participating represented all ages, all walks of life, and all levels of education.

With Maggie Dietz, Pinsky edited a representative volume of reader responses called Americans’ Favorite Poems: The Favorite Poem Project Anthology. A Publishers Weekly reviewer stated that “the selections are as diverse as the nation that chose them.” Americans’ Favorite Poems proved so popular that two subsequent collections have appeared: Poems to Read: A New Favorite Poem Project Anthology and An Invitation to Poetry: A New Favorite Poem Project Anthology. Booklist contributor Donna Seaman called Poems to Read “a graceful, sometimes jubilant, sometimes lyrical, sometimes brooding, but always welcoming and stirring collection.”Jersey Rain, published in 2000, was Pinsky’s first collection of completely new work since The Want Bone appeared a decade earlier. Reviewing the work in Library Journal, Christian Graham observed that Pinsky’s poems range from the mythic to the confessional. “Occasionally, his differing manners collide strangely,” Graham stated, “but Pinsky delivers, as ever, intelligent, pensive poetry of great beauty.” Pinsky’s latest book, Gulf Music, was published to wide acclaim in 2007. In a review for the New York Times, Joel Brouwer wrote that the collection was “not just an argument for but a demonstration of contemporary poetry’s necessity and vitality in our democracy.” Citing Pinsky’s influence as a critic and “American civic poet,” Brouwer continued: “Pinsky is our finest living specimen of this sadly rare breed, and the poems of “Gulf Music” are among the best examples we have of poetry’s ability to illuminate not only who we are as humans, but who we are — and can be — as a nation.”

Paul Breslin has commented that Pinsky “has emerged as the finest American poet-critic since Randall Jarrell”; Joel Brouwer that “[n]o other living American poet — no other living American, probably — has done so much to put poetry before the public eye.” For his own part, the last American poet laureate of the 20th century told the Progressive: “I think the rhythms in a lot of my writing are an attempt to create that feeling of a beautiful, gorgeous jazz solo that gives you more emotion and some more and coming around with some more, and it’s the same but it’s changed, and the rhythm is very powerful, but it is also lyricism. I think I’ve been trying to create something like that in my writing for a long time.”

At the 7th Annual Festival, in 2011, Robert Pinsky was our Special Guest and performed with the Paul Tardif Trio in the Crest Theatre to our first ever standing room only audience. He is pictured below at the annual festival Gala with poet, Carolyn Wright who was workshop faculty in the same year. 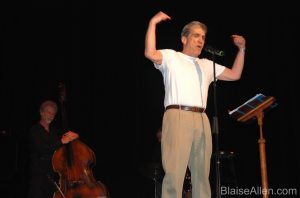 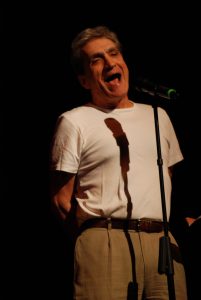