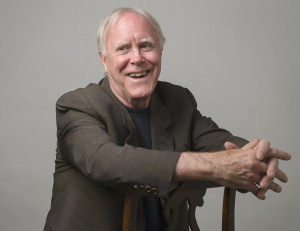 ROBERT HASS is a poet of great eloquence, clarity, and force, whose work is rooted in the landscapes of his native Northern California. He brings the kind of energy in his poetry to his work as an essayist, translator, and activist on behalf of poetry, literacy, and the environment. In his tenure as U.S. Poet Laureate, he spent two years battling American illiteracy, armed with the mantra, “imagination makes communities.”

His many books of poetry include Field Guide, Praise, Human Wishes, and Sun Under Wood, a book of essays on poetry, Twentieth Century Pleasures. Hass translated Nobel Prize-winning Polish poet, Czeslaw Milosz, and edited Selected Poems: 1954-1986 by Tomas Transtromer, The Essential Haiku: Versions of Basho, Buson, and Issa; Poet’s Choice: Poems for Everyday Life; and Modernist Women Poets: An Anthology (with Paul Ebenkamp). His collection of poems Time and Materials won both the National Book Award and the Pulitzer Prize.

As US Poet Laureate (1995-1997), his deep commitment to environmental issues led him to found River of Words (ROW) , an organization that promotes environmental and arts education in affiliation with the Library of Congress Center for the Book. He was chosen as Educator of the Year by the North American Association on Environmental Education and, in 2005, elected to the American Academy of Arts & Sciences. He received the MacArthur “Genius” award, twice the National Book Critics’ Circle Award, and the Yale Series of Younger Poets. He is a professor of English at UC Berkeley.

“Hass has significantly broadened the role of poet laureate to include not only his love for poetry but also his concern for literacy and his passion for environmentalism.”  — Los Angeles Times