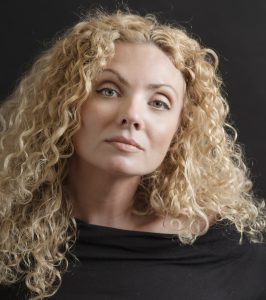 NICKOLE BROWN received her MFA from the Vermont College, studied literature at Oxford University, and was the editorial assistant for the late Hunter S. Thompson. She worked at Sarabande Books for ten years. She’s the author of Sister, first published in 2007 with a new edition reissued in 2018. Her second book, Fanny Says (BOA Editions), won the Weatherford Award for Appalachian Poetry in 2015. The audiobook of that collection became available in 2017. Currently, she is the Editor for the Marie Alexander Poetry Series and teaches at the Sewanee School of Letters MFA Program and the Great Smokies Writing Program at UNCA. She lives with her wife, poet Jessica Jacobs, in Asheville, NC, where she periodically volunteers at four different animal sanctuaries. A chapbook called To Those Who Were Our First Gods won the 2018 Rattle Chapbook Prize, and a long sequence called The Donkey Elegies will be published as a chapbook by Sibling Rivalry Press in September 2019.