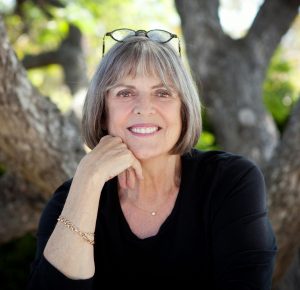 LAURE-ANNE BOSSELAAR ’s most recent poetry collection is These Many Rooms (Four Way Books, 2019). She also is the author of The Hour Between Dog and Wolf and Small Gods of Grief, which was awarded the Isabella Gardner Prize for Poetry. Her third poetry collection, A New Hunger, was selected as an ALA Notable Book in 2008.

She is the recipient of the 2020 James Dickey Prize for Poetry from Five Points and a Pushcart Prize. Her poems have appeared in reviews such as The Washington Post, Georgia Review, Ploughshares, AGNI, Askew, Miramar, and many others. Garrison Keillor read four of her poems on NPR’s The Writers’ Almanach, and also have been widely anthologized.

Bosselaar is the editor of four anthologies: Night Out: Poems about Hotels, Motels, Restaurants and Bars, Outsiders: Poems about Rebels, Exiles and Renegades, Urban Nature: Poems about Wildlife in the Cities, and Never Before: Poems About First Experiences.

She has taught poetry at Emerson College, at the MFA in Creative Writing Program at Sarah Lawrence College, and at many conferences such as The Fine Arts Work Center in Provincetown, MA, the Frost Place Poetry Festival in New-Hampshire, and the Palm Beach Poetry Festival.

Bosselaar was awarded a Fellowship at the Breadloaf Writers’ Conference, and was a Writer in Residence at The Vermont Studio Center as well as at Hamilton College, New York.  She was the McEver Chair for Visiting Writers at Georgia Tech University in Atlanta, Georgia. She is a member of the founding faculty at the Low Residency MFA in Creative Writing Program of Pine Manor College.

With her late husband, the poet Kurt Brown, she completed a book of translations from Flemish poet Herman de Coninck: The Plural of Happiness.