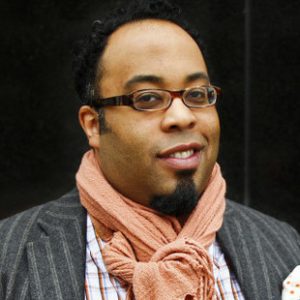 KEVIN YOUNG is the author of ten books of poetry and prose. His most recent poetry collections are Book of Hours, a finalist for the Kingsley Tufts Poetry Award; Ardency: A Chronicle of the Amistad Rebels; and Dear Darkness. Jelly Roll: A Blues was a finalist for the National Book Award and the Los Angeles Times Book Award. The Grey Album: On the Blackness of Blackness, won Graywolf’s Nonfiction Prize, was a New York Times Notable Book for 2012, a finalist for the 2013 National Book Critics Circle Award for criticism, and won the PEN Open Award. He is the editor of several collections, most recently The Collected Poems of Lucille Clifton, 1965-2010 and The Hungry Ear: Poems of Food and Drink. He is Charles Howard Candler Professor of Creative Writing & English and curator of Literary Collections & the Raymond Danowski Poetry Library at Emory University, and served as the Holmes Visiting Poet at Princeton University for spring 2015.