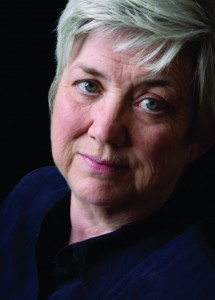 ELLEN BRYANT VOIGT has published seven volumes of poetry—Claiming Kin (1976), The Forces of Plenty (1983), The Lotus Flowers (1987), Two Trees (1992), Kyrie (1995), a finalist for the National Book Critics Circle Award, Shadow of Heaven (2002), a finalist for the National Book Award, and Messenger: New and Selected Poems (2007), a finalist for both the NBA and the Pulitzer. She co-edited an anthology of essays, Poets Teaching Poets, and collected her own essays on craft in The Flexible Lyric. Most recently, The Art of Syntax: Rhythm of Thought, Rhythm of Song, was published in the Graywolf Press series of “little books” on craft. Her honors include the Emily Clark Balch Award, Hanes Poetry Award, Teasdale Award, an American Academy of Arts and Letters Award, three Pushcart Prizes, inclusion in Scribner’s Best American Poetry, the Academy of American Poets’ Fellowship, and grants from the NEA, Guggenheim Foundation, and the Lila Wallace-Reader’s Digest Fund. Voigt designed and directed the first low-residency MFA Writing Program, and now teaches in its reincarnation at Warren Wilson College. A former Vermont State Poet, she has been inducted into the Fellowship of Southern Writers and served as a Chancellor of the Academy of American Poets.

Follow this link for a terrific interview of Ellen by Steven Cramer in the Atlantic, http://www.theatlantic.com/past/unbound/poetry/voigt.htm

She was a member of the faculty of the 2011 Palm Beach Poetry Festival and her workshop was titled: The Craft of Poetry. She serves on the festival’s Advisory Board.