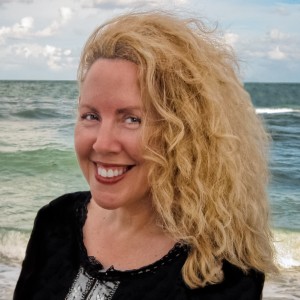 This Year's Festival Lineup includes:
SURPRISE ME with Kim Addonizio
Robert Frost famously said, “No surprise for the writer, no surprise for the reader.” As poets, we know the thrill of being surprised by the direction a draft takes; we may say something we never ... Read more >
OKAY. WAIT. LET ME REPHRASE THIS. with Laure-Anne Bosselaar
The focus of this workshop will be on revision: how can we acquire the tools we need to revise our poems on our own? Many aspiring and even experienced poets find it challenging to revise ... Read more >
WRITING THE OTHER with Chard deNiord
Participants in this workshop will focus on the transpersonal self as speaker in the poem, a self that deals with states of consciousness beyond the limits of personal identity. Using Walt Whitman’s eleventh canto, Elizabeth ... Read more >
UNSCREW THE LOCKS FROM THE DOORS: WRITING NEW POEMS with Mark Doty
Early in the “language experiment” he called LEAVES OF GRASS, Walt Whitman enjoins his readers to open the locked doors and unscrew the doors from the jambs. In Whitman’s spirit, this workshop is designed to ... Read more >
READING BETWEEN THE LINES: THE ART OF TIME BENDING with Yona Harvey
From Jillian and Mariko Tamaki to Rina Ayuyang to Ebony Flowers, a number of innovative comics and cartooning artists can instruct poets in storytelling and image making.  These artists have been known to set in ... Read more >
GIMME THE LOOT: LEARN TO STEAL LIKE A POET with John Murillo
In this workshop, we will explore strategies by which poets may enrich their own art by deliberately imitating their favorites… and their favorites’ favorites! We will discuss such topics as voice, influence, and originality, as ... Read more >
UNPACKING THE MYSTERIES OF REVISION with Matthew Olzmann
For some, revision can feel like an impossible task. If you look at a poem you wrote two years ago, perhaps you’ll immediately notice some things that need to change. But what if you look ... Read more >
POSITIVELY NEGATIVE: DEVELOPING MYSTERY IN POEMS VIA NEGATIVE CAPABILITY with Diane Seuss
We will explore Keats’s notion of Negative Capability as it relates to our capacity for “being in uncertainties, Mysteries, doubts, without any irritable reaching after fact and reason” in our poems. We will engage in ... Read more >
Thomas Lux Memorial Event: Special Guest
Yusef Komunyakaa is our featured Thomas Lux Memorial Poet for the 18th Annual Palm Beach Poetry Festival. On Tuesday, January 11th, Komunyakaa will sit for a conversation with poet and consummate interviewer, Laure-Anne Bosselaar, who inspires ... Read more >
2022 Poet-At-Large
Aimee Nezhukumatathil is no stranger to the Palm Beach Poetry Festival. She taught workshops here in 2014 and 2018, and next year she returns as the 18thAnnual Festival’s Poet-at-Large. Ideally, the Poet-at-Large visits several ... Read more >
Special Talk on Craft with Kwame Dawes
One of the kindest persons and finest poets and teachers of poetry you’ll ever meet, Kwame Dawes will enlighten us all when he delivers the following craft talk at the 2022 Festival NEWS FROM ... Read more >