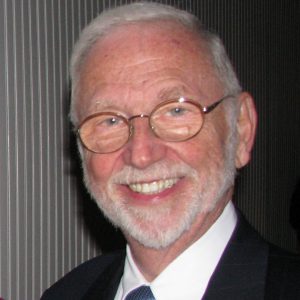 Miles A. Coon, (January 1938 – May 2022) founded the festival in January, 2005, and served, without compensation, as Festival Director until June 30, 2014 as well as Chairman of the Board, and President. The festival grew from a weekend event featuring four poets to the week-long series of events featuring 14 poets and presenting 8 or 9 workshops with participants and auditors enrolled from all over the world.

Born in Brooklyn, NY in 1938, he grew up in Great Neck, NY and received his Bachelor of Arts Degree with Highest Honors in Philosophy & Economics from the University of Virginia in 1959. He went on to study law at Harvard Law School and following his graduation in 1962  he took the N.Y. State Bar exam and then served for six months on active duty in the Army reserves as a Medical Corpsman. From 1963 until 1966, he worked as a Trial Attorney for the United States Securities & Exchange Commission, and for a few years thereafter as one of four partners in a New York City law firm that he established, specializing in securities law.

He went on to work in a family business, first as Vice-President and eventually as President upon his father’s retirement. For thirty years, Miles grew the business and shortly after his father’s death, sold the business to an English Company listed on the London Stock Exchange. He served as non-executive chairman for three years of his five year contractual term, retiring in 1996.

Miles began taking writing workshops, moving from short-fiction to poetry. He studied with many wonderful poets online and at conferences across America.  In 2002, Miles earned his MFA in Poetry Writing from Sarah Lawrence College, continued writing and studying in workshops until 2005, when he founded the Palm Beach Poetry Festival.  His poems have been published in numerous anthologies and journals, print and online. His chapbook, Homeland Security, was published by Jeanne Duval Editions in 2005.

Many articles and interviews have been published with Miles as primary spokesperson for the Festival. In 2014, when the festival hosted its first sitting U.S. Poet Laureate, Natasha Trethewey, South Florida PBS interviewed Miles for the Art Loft program. He spoke passionately and flawlessly about the ethos, mission, importance, and delights of poetry and the festival. You can listen to Miles speak from the heart in this PBS Interview.

Miles never abandoned writing his own poems. His first full-length collection, The Quotient of My Self Divided by My Self, was published by Press 53 in June 2022. A beautiful Interview with Miles by long-time festival poet Laure-Anne Bosselaar was recorded at the end of 2021. In this recording, he speaks about the festival, the importance of poetry in his life, and of writing poems. He also reads some of the beautiful poems from his book.

Miles always liked to say that the festival would not be a festival without the participants, auditors, faculty, featured poets, interns, staff and friends who attend and give support. He believed passionately in the power of poetry and did great work to share that belief widely. All of those who knew Miles can affirm the accomplishment of the mission he set for himself and for the festival. He passed away peacefully on Saturday, May 21, 2022 in Palm Beach and leaves behind his loving family, including his wife of 58 years, Mimi, son Matthew, daughter Jennifer, and grandson Elias.

Should you have memories you’d like to share of your past times with the festival, we ask you to post them on our website at this Festival Guestbook page, or on our Past Participants Facebook Group. Plans call for a memorial to celebrate the life and work of Miles Coon. There will surely be a reading of the poems from his new book.

Miles would want once again to thank you for your poems, your dreams, your interest, participation, and for the joy he found in gathering the poets together in South Florida. The boundless inspiration that we have found through this festival would not have been possible without Miles Coon.