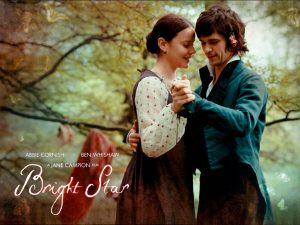 From Academy Award® winning writer/director Jane Campion (Best Original Screenplay, The Piano, 1993) comes an film based on the true story of love between renowned poet John Keats (Ben Whishaw, The International) and his spirited muse Fanny Brawne (Abbie Cornish, Stop-Loss). In the wilds of 19th century England, a forbidden passion draws the two lovers ever closer—even as fate conspires to tear them apart. Bright Star takes you to a world where, though life may be fleeting, great art – and great love – last forever. Hosted by Professor Bonnie Bonincontri

Bonnie Bonincontri is an assistant professor teaching writing in the Dialogue Justice and Civic Life 100 level in the course Ethical Decision Making Through Cinema. She believes in Lynn University’s mission statement and dedication to the students and faculty. After a career in publishing as an associate editor for trade publications one of which she wrote a column for, Bonincontri began teaching English and film courses at Cape Cod Community College where she developed a course on Women Film Directors that is still part of the curriculum. More recently she taught English and writing at Palm Beach State College where she also was a co-facilitator for Movie Night for the Honors College students, co-advisor for SGA, and on the committee for the Diversity Film Festival. She also taught at Indian River State College and Barry University.