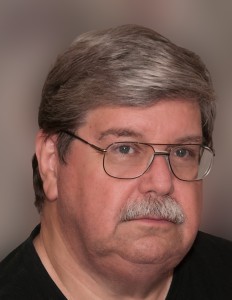 “What is a poem but a hazardous attempt at self-understanding? It is the deepest part of autobiography.”[R.P. Warren]

Autobiography is the narrative of life’s experiences and narrative is the beginnings, middles and ends. So skipping the sagas and epics, perhaps, we focus on the dramatic and lyric, the ballads and songs –but always the story, the (auto) biographical. The beginning invites the participant  to sing (write) their own story (or another’s).

Noyes, “Highwayman,” reminds of the earliest of our exposures to narrative poem and a cluster of modern or contemporary poets are suggested as a possible rethinking or reawakening of narrative form. Poems like Robert Penn Warren’s “American Portrait – Old Style” and “Red Tail Hawk …” bring the personal, the (auto) biography into perspective. Dana Goia’s Can Poetry Matter and/or Sharon Old’s, The Very Art of Telling, essays bring a more contemporary focus on story and narrative poem. A time to revise the initial poem or sketch another.  John shares from his historical narratives.

JOHN CHILDREY is a native of Richmond, Virginia. He calls many places home as he lived as a youth in Richmond, Virginia, Littleton, North Carolina, Concrete,Washington, and Savannah, Georgia. Other homes include Charlottesville, and Lynchburg, Virginia, West Lafayette, Indiana, and since 1977 Coral Springs, Florida. A college and university professor since he was 24, his resume includes educational and literary presentations, some publications and lots of teaching experiences. In 1989, from the Florida Atlantic University’s Chair of Elementary Education he moved to the College of Humanities as Assistant Chair of English and then to the newly formed College of Liberal Arts where he was Chair and then various Associate Deans (in Liberal Arts and Arts and Letters). He retired in 2010 and then named Professor Emeritus in 2012.  John earned an MFA from Florida International University in 1994. In addition to reading and language arts education, he taught the literature of adolescents, grammar, metaphor, creative writing and American literature. At UVa George Garret published his first poem in 1962, and his first national poem was “Learning Rivers” in 1982 which became part of his Howardsville Series in “Poems from My Mother’s Scrapbook. (2012).” Shadow Words is a self-published volume from 1986. His Custer battle poems were published in a fanzine in 1996.  He is retired and slogging through a novel, “The Voyage of the [USS] Terror” that he dubs a naval “Cold Mountain.” In his spare time he buys and sells American Flyer and other toy trains.

COMMUNITY OUTREACH WORKSHOPS
One Day Workshops at Delray Beach Center for the Arts are held at 12:30 pm. Be sure to bring a sweater. The cost is $10 for these workshops. To RSVP for any of these poetic events, contact Dr. Blaise Allen, the Poetry Festival’s Director of Community Outreach, at DrBlaiseAllen@aol.com, or sign up for our e-blast list.