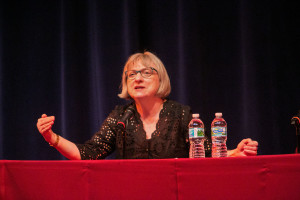 Talks on the craft of writing poetry with some of America’s most engaging and award-winning poets, January 19-24, 2016. Consult the full schedule of public events to purchase tickets. Craft Talks are every afternoon at 2:00 pm Tuesday-Friday. Two poets will speak for 1/2 hour each, followed by an informal Q&A. Titles for the talk:

Thursday, January 21, 2016
Denise Duhamel:  It Takes Two: Collaborative Poetry
Tom Sleigh:  From the Top Down and From Side to Side: Line/Syntax/Stanza”